How Has Dating Etiquette Changed Since the COVID Pandemic? 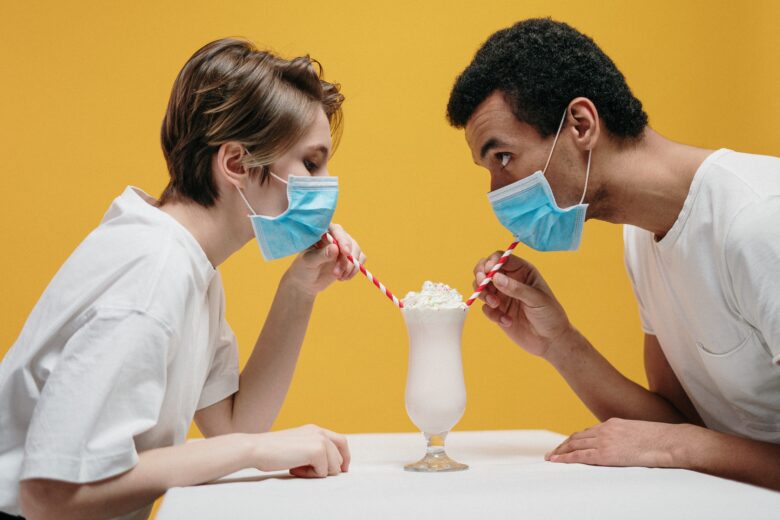 Dating etiquette has always been bizarre

It seems like every generation has a different take on the rules and what you are or are not allowed to do changes regularly. If I asked someone ten years older than me how long I should wait after a date before I called a woman, they might give me a number of days or hours. If I posed the same question to someone twenty years younger than me, they might start talking about whether or not it’s acceptable to text, instead.

It’s funny that we have all these rules and conventions and if you don’t stick to them you might hurt someone’s feelings and all most people really want to do is have a straightforward, enjoyable relationship with a new person. Now, of course, the rules have been shaken up again. Covid lockdowns have stripped us of our social skills, forced many people into dry spells and everyone’s flocked to dating apps.

I can’t be the only one horrified at the prospect of sitting down to dinner with a beautiful woman and realise that the only thing we have to talk about is which vaccination we got. Let’s be honest: after a while, even conversations with close friends got a bit dry, so what hope does anyone have with a brand-new person?

I suppose if I’m being pessimistic I could assume that the competition probably isn’t fierce because everyone else is probably feeling just as awkward, but either way, adjusting might take some time. Because really, we don’t want to go back to where we were: dating in 2019 was also fraught and uncomfortable at times. So, how can we make post-Covid dating better? With a whole new set of etiquette, probably.

We should probably start with the basics

Depending on where you are, it’s probably not safe to see a lot of people at the moment. Only do in-person dates with a few people and make sure that you keep their contact details even if you don’t plan on seeing them again, in case you test positive and need to let them know. Outdoor dates are probably safer, and the weather is nice anyway so that shouldn’t be too hard.

If you can organise a nice picnic or take someone to see a meteor shower or go paintballing you’ll get points for creativity as well. Also, obey the mask rules. Firstly, because it’s the right thing to do, and secondly, ignoring mask rules is the new rude-to-the-waiter: it’s a massive red flag, and if you’re a jerk about it, you’re probably just a jerk.

Intimacy rules, again, will vary depending on your location. However, it seems like a good idea to be extremely cautious regardless, because there’s no such thing as a socially distanced fuck. Lateral flow tests combined with exclusivity would be a good idea, even if it is a bit traditional and not what you’d usually do. Perhaps it’ll mean that you only sleep with people you really like, and potentially you’ll get a long term, more emotionally fulfilling relationship out of it.

This has been a huge, generation-defining thing and it’s going to take some time for people to adjust to normalcy. A lot of people have reported feeling anxious in crowded places in a way that they didn’t before, and I imagine that for years I’ll randomly worry about having enough toilet paper or hand sanitiser.

So although it’s not necessarily a form of dating etiquette, I’d recommend being careful with yourself and prospective partners. Perhaps trying to simultaneously date the ten women you’ve been speaking to online isn’t the best option and you’ll actually end up feeling overwhelmed.

Dating has been one of the many things I’ve been looking forward to as the pandemic eases – along with travelling, seeing friends and family, and deleting Zoom. We aren’t completely out of the woods, though, so I do recommend being cautious. For some people, living through a pandemic has allowed them to re-evaluate their lives and prioritise fun things like dating and relationships.

Other people may have broken up with a partner after the stress of lockdown cracked their relationship. Either way, the dating scene might be weird for a bit, but really, aren’t we just glad to be back?