By Dating Detective on Thursday, September 30, 2021 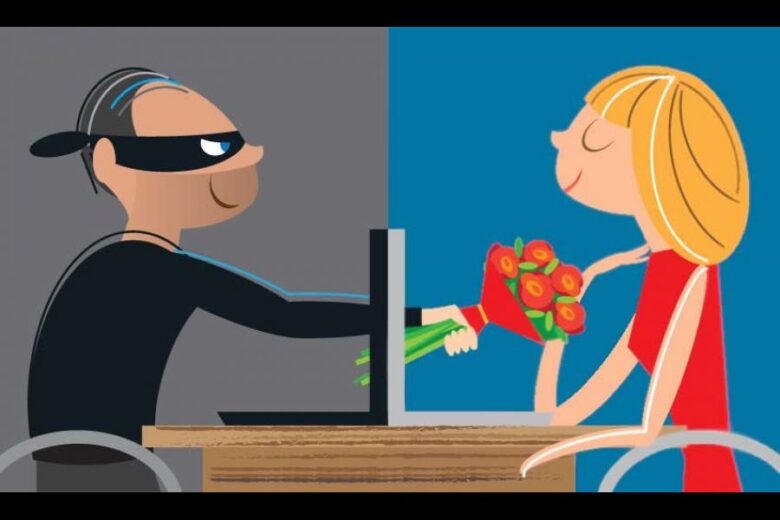 Online romance scams have been around for as long as online dating itself. People see an opportunity to exploit someone and promptly take it. But we’re now discovering that there’s a new type of online dating scam, specifically involving cryptocurrency. Various forms of cryptocurrency have been around for years. Tech bros, entrepreneurs and other people have talked on the subject extensively and financially-minded publications have tried to understand exactly what is going on.

To the uninitiated, it seems pretty confusing, and because it’s fairly new, almost everyone is uninitiated. Much like online dating, cryptocurrency has unique opportunities to get people to part with their money, and so the combination has been especially lethal. Romance Scams have used dating apps and social media – TikTok is apparently particularly popular – to get their victims to ‘invest’ and then steal their money.

It’s become concerning enough for the FBI to intervene. In a PSA, they detail the typical path an online dating cryptocurrency scammer would take to lure in their victim. They start by building a relationship so that the victim feels that they can trust the scammer. The scammer then launches into a sales pitch and ‘explains’ how the victim can make some money by ‘investing’.

Initially, the victim will get some money back, but they’re then pressured to invest more and more and then they’re told that some money has been taken for (fake) taxes and they need to pay even more. Online romance scammers don’t always use cryptocurrency. Some will ask for money for medical bills, to pay for plane tickets or help out with rent.

Romance scams on the rise

Others will use sensitive information that victims willingly share to blackmail them into meeting their demands. This is especially common if the victim is on a fetish site, having an affair, is part of the LGBT+ community or is a member of the clergy: it’s all about finding a secret and threatening to expose it. If the secret will destroy the victim’s personal life, they’re more likely to cave and pay their blackmailers.

It’s a despicable business, but it’s lucrative. In the first seven months of 2021, scammers took $133 million from their victims. In 2020, they managed to steal $300 million. Online romance scams have been increasingly popular and the money stolen has increased year-on-year for a decade. So, what’s driving the scammers?

Firstly, the increased use of online dating sites. Tinder has done a lot to destigmatize online dating and there are now sites for almost every age group, religion and sexual orientation. This means that there are simply more people to scam, and even if some people who use dating sites won’t interact with scammers, there are plenty of others who will.

Secondly, the pandemic has isolated people and made them more lonely. Without friends or family around to spot suspicious behaviour, it’s become easier to manipulate victims and scam them out of more money. Scammers will often deliberately target people who they believe will be more desperate for love and companionship because they’re less likely to say no when asked to ‘invest’ their money in the scammers’ scheme.

How to avoid romans scams

The FBI also includes information about dating scams. They advise keeping your financial information private and treating any ‘get rich quick’ schemes with skepticism. If it seems too good to be true, then it probably is. You should also be cautious around anyone who tries to pressure you to invest quickly, because they may well want you to make a snap decision and not research where your money is going.

Scams on dating apps are, unfortunately, part of life. They don’t seem to be going anywhere and in fact appear to be growing more popular as scammers find increasingly inventive ways to get people to part with their money and destroy their trust as a disturbing bonus.

It’s tragic that scammers look at vulnerable people looking for love, companionship or partners and see a way to steal money and exploit people. However, it’s good that people are sharing their stories and raising awareness because this might help to alert potential victims to warning signs and allow them to leave a financially dangerous situation.