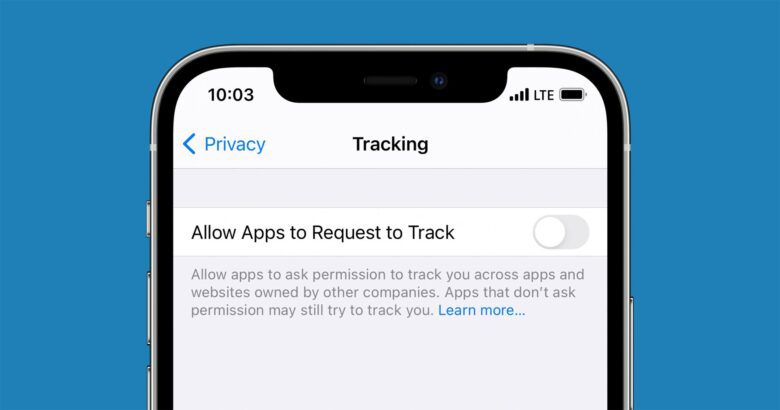 A recent study set out to test the performance of Apple App Tracking Transparency feature. The results were surprising and revealed unfortunate data for consumers who are concerned about their privacy. Yet again, a tech company has failed to make a serious effort at protecting the privacy of its users.

What is App Tracking Transparency?

App Tracking Transparency is essentially an effort by Apple aimed at providing their customers with greater control of the privacy of their information when it comes to interactions with apps. The App Tracking Transparency feature requires that apps on the iOS system use its framework if they collect data from end users and share it with other companies.

Under the App Tracking Transparency framework, users of an app will be asked to give permission to track their activity outside of the app. App developers must then respond to the setting communicated by the user. This only applies to outside of app tracking, which means that apps can still track user activity on their apps. This feature was rolled out with iOS 14.5.

Apple established this protocol based on a pledge to provide users with greater control over their data and the ability to control their own privacy. Apple privacy tracking is theoretically a process that will empower users to protect their privacy as they engage in different iOS apps. However, recent testing has drawn significant concerns to that promise.

How do Users Turn on App Tracking Transparency?

For those who are new to this concept, the process is fairly straightforward and starts in the Settings menu. Simply open Settings and scroll down to the Privacy option. Towards the top, people will find an option called Tracking. Clicking on that will bring you to the submenus.

An option entitled “Allow Apps to Request to Track” is what users will want to look for. They will want to turn on this option, leaving a green switch. Once that is done, all apps will ask users if they can track them. This will allow users to determine whether or not individual apps can track their usage. Thus, you can opt into tracking for some apps and out of tracking for others.

How Did Companies Respond to This Feature?

Ultimately, this was seen as a good sign or consumers. After all, if companies were concerned about Apple’s App Tracking Transparency feature, this meant that it would finally give consumers an effective tool in controlling who could and could not use their data, right?

Unfortunately, it seems that many app developers have found a way around the rules. Essentially, some companies are interpreting the rules to mean that they are allowed to target ads at cohorts instead of individual users, meaning that they are still able to collect data from users as long as they anonymize users. Instead, companies group similar users into categories and continue to collect data.

While some companies have found interpretations that seemingly allow them to skirt the rules, the ultimately success of Apple privacy tracking comes down to whether or not it is creating actual differences in the collection of user data. So, is it?

The Lockdown Privacy app created a study that assessed the effectiveness of the Apple privacy tracking feature using the top ten ranked apps. Unfortunately for many Apple users, it found that when users chose to ask apps not to track on their devices, there was no difference in third party tracking.

Essentially, while third parties are supposed to track less data since the unveiling of the Apple App Tracking Transparency feature, the results are the same as without it. Although the number of tracking attempts was slightly lower, this turned out to be a fairly negligible difference.

Ultimately, app tracking requests were not denied automatically and IP addresses were exposed. This shows that the reality of the situation must be one of two things. Either Apple does not overly care if apps track people’s data without permission or they simply are unable to create a system that prevents it.

This illustrates a level of concern when it comes to privacy for users. While App Tracking Transparency may provide peace of mind to consumers, it is much of a false reassurance – like security at airports. It makes a big show, but ultimately does not delivery any tangible results.