By Dating Detective on Thursday, February 24, 2022 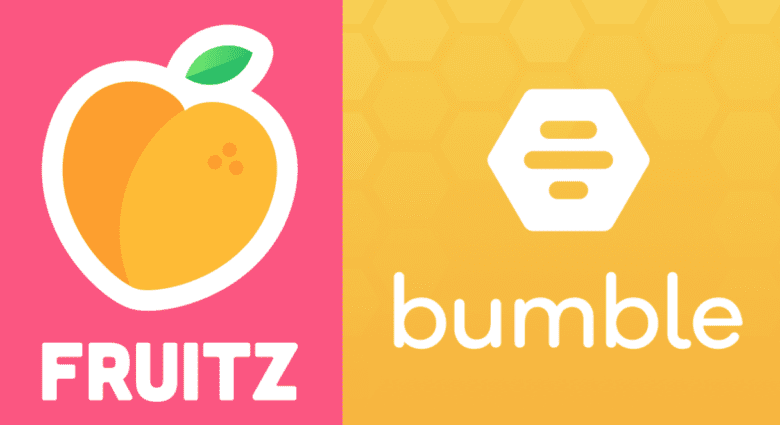 Bumble has long established itself as one of the more popular dating apps, branding itself as one that caters to women by giving them the opportunity to have greater control of who they have contact with. While it has amassed a large user base, its parent company by the same name has now made its first-ever acquisition, purchasing the French dating app Fruitz. What does this mean to the dating market and competitors like Match Group?

What is the Fruitz Dating App?

Fruitz is a French dating app that is growing rapidly in popularity in many areas of Europe. It specifically has garnered a large amount of appeal from Gen Z users who find the app trendy and useful due to its design. What makes the dating app so appealing within the European dating market? It focuses on clarity of communication.

When you think about it, many of the problems with using modern dating apps come from the fact that there is not significant clarity in communication of what each party wants. This is the problem that the Fruitz dating app seeks to address and it manages to do it through the use of fruit-based metaphors. This ultimately makes the fruit dating app a trendy way to have difficult conversations before even beginning the chat.

What are these choices that users can make in this fruit dating app? A user selects either a cherry, a grape, a watermelon, or a peach. Each fruit has a specific meaning. Those selecting a cherry are wanting to find their pair in the form of a serious relationship. If the grape is chosen, they only want to grab a drink and chat. Watermelon refers to the desire for no-strings-attached sex while peach is for someone who just wants to kiss.

The app has struck a chord with Gen Z users in Europe, growing rapidly in popularity in many countries. In fact, it is seeing extensive growth in France, Belgium, the Netherlands, Spain, and Switzerland. Additionally, it has begun to garner a following in Canada as well. Thus, the rapidly growing app was an interesting target for Bumble.

Understanding the acquisition of the Fruitz dating app by Bumble means understanding a bit more about Bumble’s current position in the online dating market. Bumble actually owns two dating apps, the self-titled Bumble, and the app Badoo, which has been in existence for much longer. This is compared to competitors like Match Group, which owns a portfolio of several dozen dating apps.

This acquisition brings Bumble’s portfolio to three. However, buying the fruit dating app was a lucrative choice for Bumble as it is quickly gaining popularity in many countries where Bumble can serve to gain market share. As such, it was a relatively smart acquisition overall.

Fruitz provides Bumble with another property to leverage. By offering a freemium-style interface like existing apps Bumble and Badoo, Fruitz fits quite well into the company’s current offerings. Additionally, it provides an opportunity to expand its services in a rapidly growing market. Bumble’s acquisition recognizes that playing the global strategy is essential to success in the online dating market.

What Does This Acquisition Mean for Bumble’s Outlook?

While this first-ever acquisition may not seem like major news, the reality is that this suggests that Bumble is recognizing the need to garner growth through expansion. This has long been the leading strategy of Match Group, which has led it to become the world leader in online dating by far. Engaging in this strategy suggests that Bumble may have decided to take a similar approach in order to post a challenge to Match Group.

Will this acquisition be a sign of more to come in the future? It is too early to answer that question. Additionally, the fact that terms of this deal were not publicly available makes it a bit more difficult to post guests towards Bumble’s strategy for making a challenge in the dating market. However, it suggests that Bumble certainly may have shifted in its approach.

Investors certainly seem to be enjoying this acquisition. Bumble’s stock saw modest gains immediately after the acquisition was announced. While the stock has since cooled off, it suggests that future acquisitions of promising companies may no doubt give the company a boost. Certainly, Bumble will benefit from Fruitz’ profits as it continues to gain traction in the international dating sphere.

While it will take longer to read the tea leaves regarding Bumble’s growth strategies, the purchase of Fruitz should send a sign to competitors like Match Group that Bumble is poised to mount a significant challenge for supremacy in the online dating market.