Tinder Continues to Hold Near Monopoly among Best Dating Apps 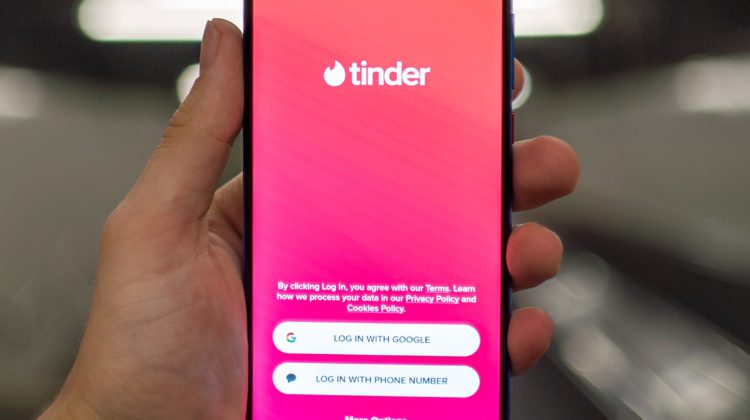 When it comes to dating apps, there are a plethora of options out there from general sites to more niche ones. However, there is one name that consistently stands at the top of the best dating apps in virtually every metric: Tinder. Tinder’s strategy has been effective in placing it at the top of the charts in terms of U.S. dating app market share. What does this near-monopoly mean for the dating industry? Let’s take a look.

A Brief History of Tinder

The app itself is now a decade old with Tinder’s inception occurring in February 2012 at a company called Hatch Labs. It was originally pitched by Sean Rad as a dating app named Matchbox where both parties had to opt into communication. While the company was focused on a credit card loyalty app, that was eventually scrapped, giving the then renamed Tinder the green light to be launched on the App Store in September 2012.

Tinder’s strategy quickly shifted to the gamification of a dating app with the swiping function introduced as a way to make it seem like working through a deck of cards. This Tinder strategy made it one of the most successful dating apps. In less than two years, Tinder was generating over one billion daily swipes and twelve million daily matches, helping connect potential couples around the world.

Tinder continued to grow, introducing more convenient features in 2015 such as Super Likes and Rewinds. By 2016, it held 26% of the U.S. market share for dating apps. Tinder’s marketing strategy was successful in making it the most successful dating app. This strategy relied on user personalization, originality, an easy experience, and instant gratification, factors that were largely seen as driving its rapid growth in the market.

In 2017, the app was purchased by Match Group, the traditional leader in the dating app market. This purchase assured that Match Group would retain its position. While Tinder continues to roll out new features, it remains committed to its original marketing strategy which has made it the leader in usage and Match’s most valuable product.

How Tinder’s Strategy Led to Domination of Dating App Market

Tinder’s success at capturing an increasing market share can be largely credited to the app’s ease of use which makes matching and messaging a fairly quick process. Rather than spending minutes reviewing profiles, Tinder users can quickly skim and swipe either left or right. This expedites the dating process and helps maximize the user’s time and effort.

In fact, the swiping functionality has proven so popular that it has been adopted by many other competitors on the market. However, Tinder’s success can be seen by its status as the top app on the market today. A look at the numbers easily shows that Tinder is currently dominating the U.S. dating app market.

Tinder has had over 70 million global app installations in each of the past three years. This far dwarfs the global installs for its primary competitors Bumble and Hinge during this time which ranged from 15 to 22 million for the former and 6 to 9 million for the latter. At the end of 2021, Tinder had a 72% market share among the best dating apps, followed by Bumble at 19%, and Hinge at 9%. This data shows the impressive nature of Tinder’s rise and the large gulf between it and the nearest competitor.

Will Tinder Be Challenged for Dominance in the Near Future?

While it may seem like Tinder’s near-monopoly of dating apps is locked in, the data suggest that it should see challenges in the future. For example, Tinder’s annual new installations are relatively stable while those from Bumble and Hinge are increasing.

In fact, over the past three years, Hinge has seen a growth rate of 344% while Bumble has grown at a rate of 96%. Tinder, by comparison, has seen a 1% decline in growth. Thus, while Bumble and Hinge are far below Tinder in users within the U.S. market, they are picking up steam much more quickly. By contrast, Tinder appears to have hit a plateau where it is attracting new users at a similar rate that it is losing old users.

Ultimately, Tinder has a large lead over its major competitors; however, there is certainly an opportunity for Bumble and Hinge to close the gap over the coming years. The writing on the wall seems to indicate that Tinder will remain the most popular app for the near future but will likely see itself losing market share unless there is a change in Tinder’s marketing strategy that can have it attract new users at greater rates. Tinder’s popularity will likely continue but its monopolization of the dating market may only live on for a few more years.