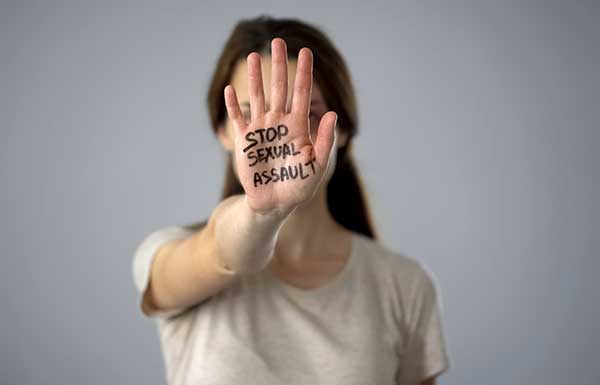 Dating is often a difficult endeavor fraught with disappointments. However, for some people, the act of online dating can lead to extremely traumatic outcomes. This is underscored by recent data from Britain’s National Crime Agency which reveals an increase in the number of victims of dating app-related sexual assaults among those aged 19 and younger in the past five years.

The results discussed here come from data examined through the internal records of the National Crime Agency collected between April 2003 and March 2021. The incidents documented were categorized as reports of sexual assaults that occurred after an initial face-to-face meeting when first contact was from a dating app or online dating website.

The data collected during this time period document a total of 671 reports. While the number of reports has remained relatively stable between an initial NCA report produced in 2016 and 2021, a trend noted is an increase in the proportion of reports from female survivors under the age of 20. At the time of the 2016 report, women under 20 represented 12% of all reports. As of 2021, that number had risen to 22% of all reports, an increase of 83.3%.

This data reveals that the largest proportion of victims still fall within the age range of 20-29, representing 40% of cases. However, the rise in sexual assaults committed against women under 20 suggest increased incidences of predatory behavior targeting these victims on dating apps and further underscore the need for greater efforts to be put into developing safety features for apps.

Many people may think that 671 reports of sexual assaults over an 18-year period seem lower than expected, particularly given the anecdotal reports of traumatic incidents experienced when meeting people on dating apps. It is important to focus on the proportions for analysis rather than the raw number for several reasons.

First, NCA staff caution that there are many cases that likely are not included in this analysis. First, cases reported to local police which are not forwarded to the NCA are not able to be included. Secondly, the reality is that many people do not report sexual assaults to the police. Thus, the 671 reports likely represent only a fraction of actual cases.

Staff from the NCA also highlighted other concerns that can be inferred from this data. While the data did not reveal an increase in reported incidents since 2016, the fact that reports have been stable despite pandemic-related lockdowns is surprising. While people have been far less likely to interact with others, predators have still used dating apps to target victims at pre-pandemic rates.

For many women, the online dating environment brings with it far greater risks. Some dating apps are seeking to improve safety by adding new features. For example, Tinder has unveiled a number of safety features such as photo verification, an online safety center, and a panic button that can be used on dates. Meanwhile, Bumble encourages users to utilize a video chat or voice call feature prior to deciding to meet or exchange phone numbers.

While dating apps will likely continue to respond to calls for greater safety by developing new features, there are also many things that people can do in the meantime to help protect themselves when meeting someone from a dating app. One of the most common points of advice is to always arrange first meetings in a public place. Another good tip is to notify friends regarding your meeting place and the expected duration of your date so that they can check in on you if they don’t hear from you by the time it is expected to end.

Reporting and blocking suspicious users are also important tools that help the dating app to investigate potential cases of abuse. Some experts encourage utilizing Google and social media to investigate potential dates before meeting for the first time. Women have also reported that they engage in such practices as snapping a photo of their date’s license plate to send to a friend, sharing GPS location data with friends, or having a friend engage in a planned call to give the person a polite out in case a date seems sketchy.

Ultimately, the recent NCA data shows that sexual assault is a major problem when online dating and is becoming increasingly prevalent for women under 20. Dating apps need to continue to develop features to help protect their users while daters can rely on technology and communication with friends to help keep them safe when meeting someone for the first time.