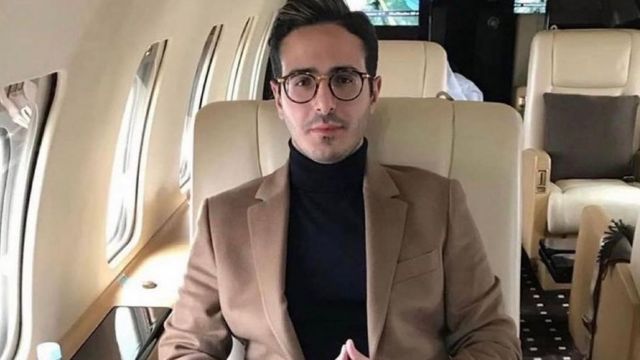 Since its premiere in early February, over 50 million Netflix subscribers have tuned in to stream the documentary, The Tinder Swindler. If you are one of them, you know that this film chronicles the efforts of Shimon Hayut to pose as Simon Leviev, claiming to be the son of diamond baron Lev Leviev. While dating app scams are not new, the Tinder Swindler’s efforts to scam women included very novel tactics that illustrate why greater protections against scammers are needed.

The Tinder Swindler did what many scammers on dating apps tend to do – he misrepresented himself, claiming to be vastly more successful than he really was. However, his tactics deviated from the norm in two major ways. First, the Tinder Swindler built a story around an existing person and family. Secondly, he actually provided tangible things to his victims before scamming them, helping to show credibility and making them more susceptible to falling for his scam.

How did this work? Essentially, the Tinder Swindler operated a giant Ponzi scheme. He traveled around Europe utilizing Tinder as a method of meeting women. Once he matched with a woman on the app, he began to charm them with luxurious gifts and outings, claiming to be the son of a diamond mogul. He even took women on dates using private jets.

How did he afford all of this? He would utilize money stolen from prior victims in order to pay for lavish dates with future victims. Once he had built trust with a victim, he would concoct a story of how he was attacked but saved by his bodyguard, who was injured in the process. He claimed to need financial assistance temporarily due to a security breach.

Victims of the Tinder Swindler would then take out new credit cards or bank loans in order to provide him with money, under the assumption that a person who had lavished them with gifts could easily pay them back. Next, this scam artist would provide them with fake bank transfer records making it seem like the debt was repaid, only to disappear immediately afterward. Ultimately, Hayut was able to scam over $10 million from many different women during his ploy.

The big difference between the Tinder Swindler and other dating app scammers was that he had the financial resources necessary to generate credibility. He was able to make it seem like he really was a wealthy individual, leaving him victims imagining a wonderful life together. This allowed him to extort money which funded his future scams.

There is certainly no shortage of dating app scammers who pretend to be someone they aren’t or who ask for money from victims. However, most of these scammers do so without ever providing any proof of being wealthy. This is perhaps why Hayut was able to successfully scam so many people as well as people who likely would not have fallen for other types of scams.

This also exposes a new level of concern regarding using dating apps. Typically, people have been warned to be wary of people asking for money. However, if someone who has spent extensive amounts of money on you asks for financial help with a believable story, it likely does not trigger the red flags and alarm bells that may have otherwise gone off.

How to Avoid Dating App Scams

The story of the Tinder Swindler ultimately brings renewed attention to the prevalence of dating app scams. Dating app scams have vastly grown in popularity as they prove to be a very lucrative market for scammers. In fact, these types of scams now result in billions lost from victims annually. However, there are things people can do in order to prevent falling victim to a dating app scammer.

The major thing to look out for is a request for money. After all, if you do not send money or confidential information like bank account numbers to someone you meet on a dating app, you likely won’t find yourself becoming a victim. Even if someone had been dating you for a while, it is important to be highly suspicious of requests for large amounts of money.

Additionally, a good rule of thumb for navigating potential dating app scams is the age-old adage that “if it seems too good to be true, it probably is.” Keeping this in mind and trying to stay grounded even when feeling those first butterflies of love can help save you from a major financial disaster. While chances are you will not run into a Tinder Swindler online that lavishes you with gifts before asking for money, the reality is that many people do find themselves connecting with a scammer from time to time. Learning to spot the warning signs are key.