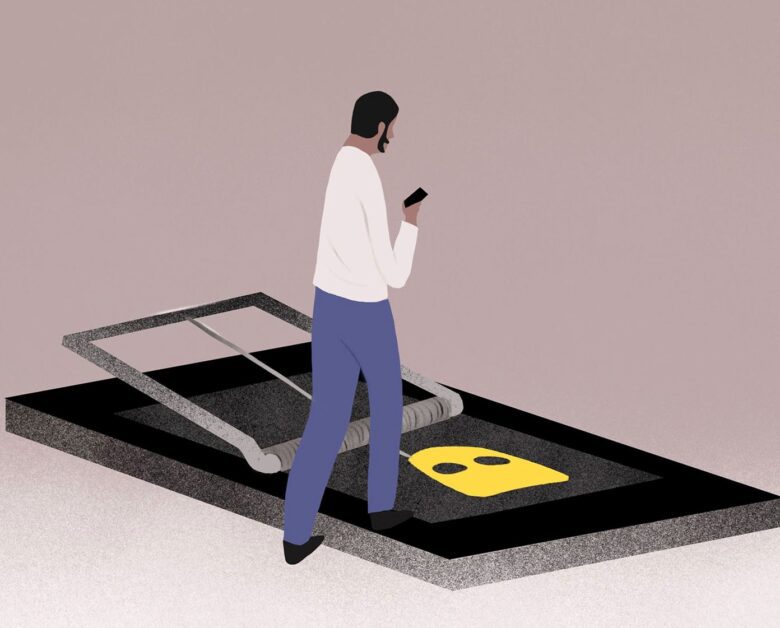 By now, most people likely know that nothing on the internet can be truly anonymous. However, sometimes the lack of anonymity can come as a major shock. This was the case with a recent report that revealed that the gay dating app Grindr routinely sold user data including geographic locations of users. While aimed at generating mobile advertising, this report reveals the danger that can come with the marketing of user data for some apps.

What is the App Grindr?

For those who may be unfamiliar, Grindr is a LGBTQ dating app that has established itself as the most popular app in the niche. It originally launched in 2009, quickly gaining over 500,000 users. Currently, the app has over 27 million registered users

This gay dating app works quite similarly to popular apps like Tinder and Bumble. It is a geographic location based swiping app. Users can see people in their nearby area, review a short profile and pics, and then swipe left or right. If two people swipe right on one another, they match.

Grindr is often viewed as a hookup app; however, it is also used by many users for serious dating. The popularity of the app and the data that it collects have proven to be quite lucrative for the company, leading to concerns about user data.

How Was Grindr User Data Exposed?

Grinder sought to monetize its app through the channel of mobile advertising. Thus, the gay dating app would sell user data to other companies which would then sell the data to others. This was intended to be used for advertising purposes.

Apps like Grindr are fertile ground for advertisers. While many apps attempt to advertise to users simply based on things like their web browser searches or sites visited, apps like Grindr where people share their locations can be used to target ultra-personalized ads, generating greater return on investment for advertisers.

Consider a person who opens Grindr to swipe for a few moments. Their location is registered and transmitted to a company that then auctions off the advertisement that will soon appear on their screen. The highest bidder has their advertisement shown to the user. Based on pinpoint locations, this will likely be a business close to the user’s location. All of this happens electronically in milliseconds behind the scenes.

While this is a very effective advertising method, the inherent problem with Grindr’s treatment of user data was not from a marketing standpoint but rather due to a lack of control over who could receive the data. Once Grindr off-loaded data to another company, they could not control what that company did with user data. And some companies sold data to virtually anyone who wanted to buy it.

The reality is that from 2017, when the Grindr app began this practice, until 2020 when it stopped, user data could be purchased by anyone – even individuals. In fact, the data can still be purchased today. While identities were not revealed, the data was extensive enough that people’s identities could be uncovered by things like their locations, workplaces, and ages. User data could even be overlapped to get a sense of who had hooked up with who.

For users of the LGBTQ dating app, this had significant repercussions. Grindr data could be used to expose an individual’s sexual orientation, something that could be quite dangerous. In some countries, being gay is a crime. For individuals in these nations, the selling of user data could put them at risk of imprisonment or even death.

However, the mass selling of Grindr app user data also poses problems for individuals in countries where being gay is legal. It can still be stigmatized, and the data can be weaponized against users. For example, a Catholic priest was revealed to be a Grindr user due to the selling of data, leading to him resigning his position under pressure. Additionally, data has been used to blackmail other individuals who are told to either make a payment or have their sexual orientation exposed.

While Grindr has since taken steps to safeguard data better, this case is concerning because it shows how easy it is to identify someone from data that has supposedly been anonymized. Pinpoint locations can make it quite easy to determine someone’s address and other factors, making it easy to determine who they are. In today’s world of massive data, this reveals that nothing on the internet truly is anonymous. For dating app users, the potential of their user data being shared can lead to unintended consequences such as blackmail. Companies simply must do better at protecting users.