Lusso: The Dating App With An Extraordinary Price Tag 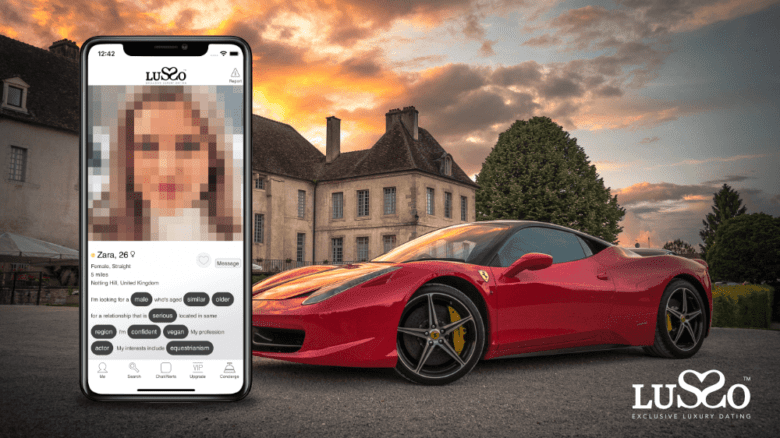 Imagine paying $1000 a month for something. For most of us, that’s quite a payment plan, something that can be compared with some car payments or even mortgages. A quick search will show you that it’s possible to find a place to live in most US cities for $1000 a month (granted, it won’t be great). But instead of taking all of that money and spending it on something you need, imagine using it all (yes, the whole grand a month) to subscribe to a dating app.

Many of us would laugh, ask ‘really?’ and conclude that there really are folks with more money than sense. But just because something is ridiculous doesn’t mean that it doesn’t exist. And therefore, Lusso: luxury dating. There are two important things to note here. Firstly, the word ‘lusso’ is Italian for ‘luxury’ because of course it is, and secondly, ‘luxury dating’ sounds a lot like ‘hiring escorts’. To be honest, it might be cheaper and more productive to do just that rather than giving Lusso your money.

It is worth noting that technically, only the VIP members have to pay $1000 per month, but consider this: who wouldn’t want to be a VIP on a dating app built around luxury and exclusivity? Additionally, VIP members are the only ones who get to see other users’ profiles and send them messages. They do claim to champion gender equality in a way that other luxury dating apps won’t, because everyone has to pay for Lusso, not just men. Lusso claims that this is ‘a significant breach of gender discrimination’ which, wow.

Credit where it’s due, though: if you’re looking to take money from wealthy people and give it to yourself (it’s not exactly Robin Hood) then Lusso is a solid idea. The app is exclusive, and only signs up 3000 VIPs in the USA as well as 600 each for the UK, France, Germany, Canada and Australia. Which means that the total number of paying members is 6000, and when each one of them is a paying member and your subscription is that expensive, this adds up to quite a sum.

It’s nothing compared to Tinder (gross profit $1.4 billion in 2020) but still, isn’t to be sniffed at. Lusso doesn’t offer any explanation for limiting the number of VIP members but the idea that exclusivity = quality is pervasive, even though there’s nothing to support it. There are also some logistics issues. If there are 3000 VIPs in the USA, and 50 states, then there will be approximately 60 VIPs per state, and you’ll probably only be shown them because Lusso prioritises location.

Some of whom you won’t be matched with due to gender/sexual orientation. My point is, it seems likely that you’ll have to scroll through the same 20-ish people until you realise that Lusso is just a waste of money. Another interesting (and by interesting I mean bad) thing about Lusso is their gender categories. Dating apps seem to fall into categories: some will only allow their users to select ‘male’ or ‘female’, and others will have broader options for intersex, non-binary folk and anyone else who appreciates that things can be more complex.

Why are there limited LUSSO memberships

Lusso has three choices: ‘male’, ‘female’ and ‘trans’. Here’s the thing: trans men are men. Trans women are women. Lusso probably thought they were being inclusive, but to me, this looks like someone who wanted the credit for being woke without actually bothering to put in any effort or understanding. If this isn’t offputting, you might wonder what your $1000 a month will actually buy. Apparently…. Access to chat with other people who have a grand in their monthly budget with nothing better to spend it on.

VIP to VIP conversations only

Lusso does claim to be extremely secure, but so do other (free) dating apps. There’s nothing on their website or any press packages to suggest that they host user meetups or singles events, which again, are pretty common with free dating apps. Subscription to Lusso seems like the dating equivalent of taking a photograph of yourself holding a stack of money up to your ear and pretending it’s a telephone. Pointless? Yes. Amusing? A little.

Obviously the target audience of such a service will not be spending their last thousand bucks on this. In fact, the devs probably expect that in order to pay 12 grand a year for a dating app their members will be rather high up in the 1%. And while I can’t see myself being anywhere near that category, I still can’t imagine paying this price without thinking of 100 better things to spend it on. I could help a good cause, support a shelter or a food bank. I could leave an incredibly generous tip at a restaurant.

I could fly to Paris and have an excellent night out. I could eat a $10 bill just to see what it tastes like. I could donate it to a school, hospital, animal charity, fund cancer research, help someone in a tight spot out. And then I’d go home, sign up for a free dating app(or even pay the $20 monthly fee, what the hell) and talk to fun, interesting people without spending a grand on it.