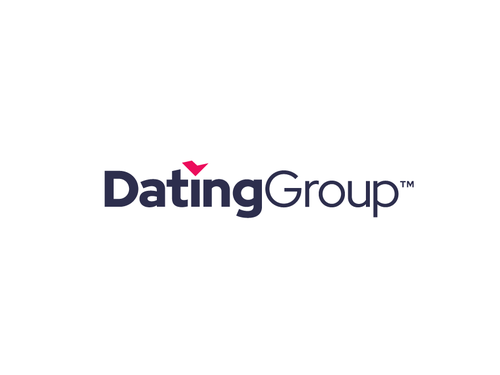 An Introduction to Dating Group

While many people are undoubtedly familiar with Match Group which owns popular dating app staples like Tinder, Hinge, and OKCupid, many people are less familiar with Dating Group. However, Dating Group currently operates 45 dating apps with users in over 100 countries. This is an expansive reach that has helped to center it as the largest online dating company with recent growth.

Dating Group brands itself as a social discovery company with a global focus that seeks to transcend culture, gender, location, and preferences. Some of its more popular apps include Dating.com, Cupid Media, Once, XOXO, DateMyAge, Promise, and Dil Mil. It has largely sought to gain an advantage in the online dating industry by investing in niche apps as opposed to more general dating apps. While the company does operate some generalist apps, its focus is on niche dating.

For example, one of its more recent acquisitions was the dating app Once. This is an app that uses an algorithm to connect users, ultimately providing each user with a unique match each day. Users only get one match daily, with the goal of facilitating more in-depth conversations.

Dating Group has a number of apps that are geared toward the southeast Asia and South Asia markets. For example, their popular app Dil Mil is the most popular South Asian dating app. An app that is completely free to use, it operates on the freemium model that has become increasingly popular in the dating app industry.

Since the inception of online dating decades ago on online personal ads, Match Group had been the established global leader. From its initial foray with Match.com to its increasing acquisitions of a variety of other popular apps such as Tinder, it had established a clear record of dominance in the industry.

Dating Group has largely managed to overtake Match Group through a strategy of growing its presence in areas where there was a large market available. It has focused on a global strategy, often acquiring apps that are popular in specific areas or regions of the globe. This has allowed them to capture a market that was potentially overlooked by other competitors.

Dating Group also applies a niche strategy rather than the generalist strategy of companies like Match Group. It has many apps that fill a very specific area of the dating market. For example, the aforementioned app Once focuses on “slow dating.” Meanwhile, the app DateMyAge is specifically designed for singles over the age of 40, capturing a growing market of Baby Boomers and Gen X demographics in look for dating apps that fit their needs.

While looking for very specific demographics may not seem like a lucrative approach to many companies, Dating Group has made it pay off. The conglomerate of 45 different dating sites has now climbed to 140 million users in over 100 countries, placing it as the leader in the global marketplace. However, there is still an opportunity for converting this expansive size into increased revenues. Dating Group currently has $300 million in annual revenues, which still is dwarfed by Match Group’s nearly $2.4 billion in annual revenue.

Looking at the Future of Dating Group

It can often be difficult to try to assess the next moves of a particular company in the dating app industry. However, for Dating Group, it would make sense to assume that they will continue to operate their strategy of purchasing fast growing dating apps that appeal to niche markets. Many of their customers are in Asian nations and with a majority of the world’s population, this is fertile ground for seeking to grow a user base.

Additionally, Dating Group would do well to examine methods of better capitalizing off of their current user base. With such an expansive array of users, there is an opportunity to better generate revenue growth. Many of their apps utilize the now popular freemium model. Finding better ways to offer upgraded services that users see value in could certainly generate more for their bottom line. Ultimately, while Dating Group’s user growth is impressive and will likely continue, they still have plenty of opportunities to grow their bottom line.